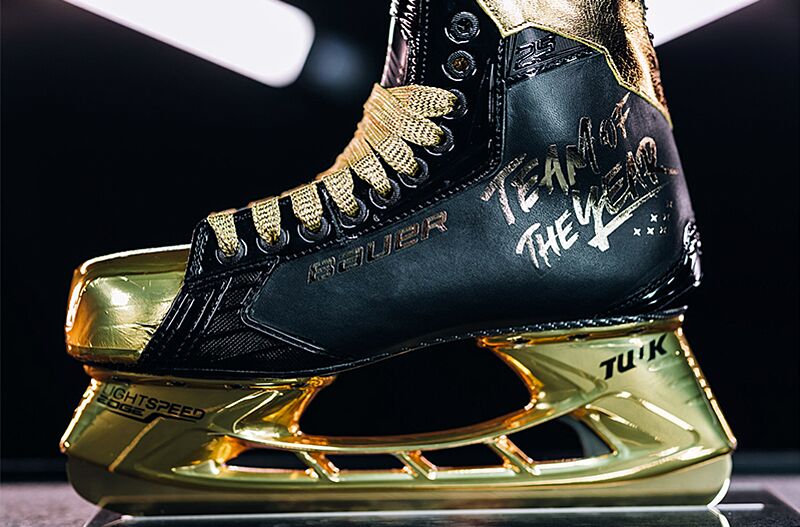 Magic Arena: What to look out for in Theros Beyond Death in Standard by Deven Clair
Madden 20: Our NFL Divisional Round Saturday playoff sim results by Matthew Liebl

NHL 20’s Hockey Ultimate Team (HUT) Team of the Year is now live with six of the best-performing players from last season.

We’re a little over the halfway mark through the 2019-20 NHL season but EA Sports is celebrating last year with its annual Team of the Year roster for NHL 20. The initial list of 36 nominees, who were selected based on their performances in real life during the 2018-19 season, was comprised of 31 NHL representatives along with one representative from five major European leagues.

That list has now been narrowed down to just six players: a goalie, two defencemen, a left-wing, right-wing and center. By being selected to represent NHL 20‘s Hockey Ultimate Team (HUT) Team of the Year, each player will receive a pair of golden skates or a mask (for the goalie).

They will also have the honor of the highest-rated Hockey Ultimate Team item. So if you play NHL 20‘s Ultimate Team, be on the lookout for special HUT sets, which will allow you to unlock one of the Team of the Year winners.

Perhaps one of the greatest storylines of 2019, Jordan Binnington was recalled by the Blues on January 2, when the team had the worst record in the NHL. Five days later, he made his first NHL start, making 25 saves in a 3-0 win. Of course, we all know the rest of the story. The Blues went from last place to Stanley Cup Champions. Jordan Binnington was a big reason for their turnaround as he posted a 24-5-1 record as a starter.

During the 2018-19 season, John Carlson posted 70 points. This was fourth-most among defensemen in the league. His success has carried over into this season as Carlson currently leads the NHL in points for all defensemen.

Burns finished the 2018-19 season with a career-high 83 total points, the most among all defensemen in the league (and 21st total). In 82 games, the defenseman scored 16 goals and 67 assists.

With a league-leading 51 goals last year, Alex Ovechkin captured his eighth Rocket Richard Trophy. The league’s top scorer racked up 89 points total on the year and is easily one of the best players in the league. Ovechkin is currently fourth in goals this season with 26.

Next: NHL 20 review: All around me are familiar faces

Rounding out NHL 20’s HUT Team of the Year is Edmonton Oilers center, Connor McDavid. He was second last year in points (116) but has consistently churned out 100 point seasons. He’s already up to 70 points this year with 24 goals and 46 assists.

Do you agree with NHL 20‘s Hockey Ultimate Team Team of the Year? Sound off in the comments below.