For Nintendo, the generation of the Nintendo 3DS is nearly at an end. We look back at the 50 best Nintendo 3DS games of all time. Updated intro: I first compiled this list on May 3, 2016. Even though, at the time, we knew the Switch would soon replace the Wii U, we didn’t comprehend the speed at which both the Wii U and 3DS would drop out off of Nintendo’s radar for new releases. When the Switch dropped, we published our list of 50 Best Nintendo Switch games and started replacing Wii U entries here with 3DS ones, but the 3DS games released quickly dropped in quality, and we found ourselves with a weird, hybrid list that didn’t make sense.

The 3DS may not be officially dead, but it’s nearing the end of its days. So we’ve taken a look back at the 3DS’ glorious long life and corrected it to only include 3DS games, with the intention of updating it if another truly great 3DS title releases in the future. Our hope is that, once the platform is done for good, this will stand as a collective celebration of its best titles over its lifespan.

This listing of the Best 50 Nintendo 3DS Games right now ranks titles based on multiple factors: graphics, design, gameplay, narrative where applicable, how much fun they were, and replayability. Staff experience was taken into account, along with the public’s reception to these games and how well they’ve stood up over the last few years if they were released earlier in the platforms’ life cycles. Remakes or remasters were not taken into consideration unless they added a significant enough amount of new content to warrant being called a separate title.

Enough preface–let’s get to the games! 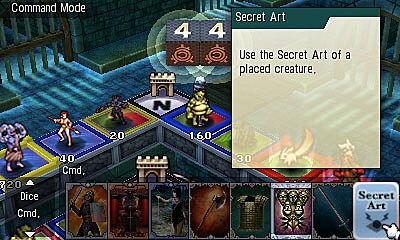 Synopsis: Culdcept Revolt follows a man named Allen who wakes up with no memories, though he quickly discovers he has powers as a Cepter. Cepters can control Culdcept cards and use their powers in great battles, but they’re currently being hunted down by an evil regime. As a new member of the Free Bats, Allen works to discover his powers and use them to ensure the freedom of the Cepters through strategic card-based battles.

Why It’s One Of The Best Nintendo Games: Admittedly, Culdcept Revolt is a bit niche. If you’re not into strategy games or card games, you might find it challenging and inaccessible. But for those already into the Culdcept series or who just love a strategic challenge, this strange card game will instantly captivate. The detailed mechanics involved take some time to grasp, certainly, but there are enough cards, board styles, and challenges (even online) to keep you busy for a long time as you determine how best to free the Cepters and collect enough Magic to emerge victorious.

Next: 49 - Castlevania: Lords of Shadow - Mirror of Fate
Next1 of 50Prev post
Use your ← → (arrows) to browse
Event Tickets
Powered by StubHub
Top Stories