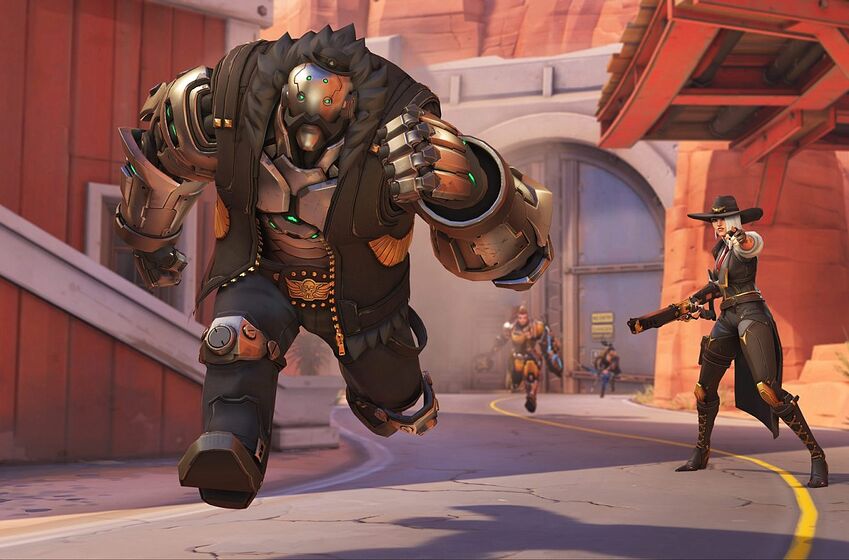 Teamfight Tactics: Rise of the Elements Invitational gives us a first look at competitive TFT by Matthew Liebl
31 terrifying monsters and enemies from video games that’ll haunt your Halloween by Bryson Hile

Ahead of BlizzCon this week, a leaked document has shed some new details on Overwatch 2, the anticipated sequel to Blizzard’s multiplayer team-based shooter.

It’s pretty much common knowledge now that Blizzard is working on a sequel to Overwatch and the developer is almost certainly going to reveal it at BlizzCon this week.

Well, thanks to ESPN’s BlizzCon source (along with a leaked training document from the event), some new information about Overwatch 2 has been revealed. The document reveals a ton of details, but none of it is really too surprising or unexpected.

Among the new features mentioned are hero talents and in-game items. Currently, Overwatch features no hero customization beyond cosmetics (skins, emotes, etc.) that have no actual impact on the game itself. This would undoubtedly add an entirely new strategic element to the game and would create more variety in terms of team comps.

The report also mentions PvE, including one mission that will feature a “four-player story experience set in Rio de Janeiro.” Blizzard has dabbled with PvE in the current Overwatch, but it’s usually reserved for special events. There also isn’t a whole lot of depth to these modes, which are typically wave-based or smaller in scope.

It sounds like Overwatch 2 will have a legitimate, proper PvE campaign for those who don’t only want to participate in PvP. ESPN mentions a focus on “story and narrative elements.” There’s specific mention of a mode called “Push,” which will be set on a new map based in Toronto.

Also expected to be revealed this week is at least one new hero, although it’s unclear if the hero will be for the current Overwatch or its sequel, or if the entire roster of heroes in the current game will carry over into the sequel.

Either way, we should get some specifics this week and learn more about what Overwatch 2 will have to offer. And it certainly sounds like it’ll be more than just a small orange “2” indexed in the top right corner of the new logo.