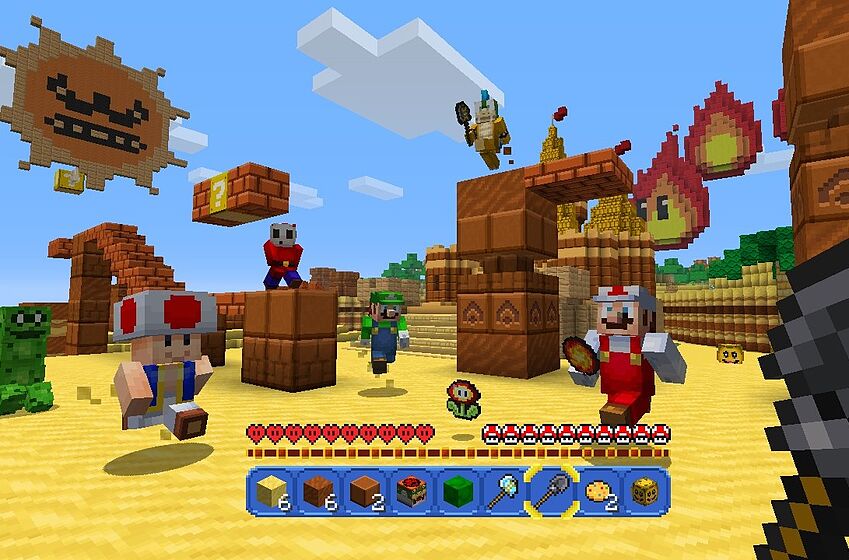 Minecraft is getting a Wii U-exclusive update to turn the whole world into a Super Mario playground.

Though it came late to the party, there’s little question that Minecraft fits right in on the Wii U with other family-friendly, creative offerings. So, it’s great to see Nintendo further encourage the love for Minecraft on its console through a Wii U-exclusive, free update coming to Minecraft: Wii U Edition later this month. The update is, of course, themed around Nintendo’s beloved Mario and all his friends, who will be coming to the world of Minecraft in the form of various skins and textures.

Nintendo also released a short trailer showcasing many of the new skins and textures:

What an adorable update! After seeing the immense creativity exhibited by the Super Mario Maker community, it will be delightful to see what the Minecraft community (who are already some of the most inventive gamers you’ll meet) comes up with using these new Mario skins. I’m imagining entire Mario levels recreated in-game, filled with platforming challenges and hidden warp pipes to the underground. Presumably, someone could even create the entire original Super Mario game, all interconnected with pipes and platforms.

Hopefully, this update will pique the interest of many Wii U owners who either haven’t gotten into Minecraft or those who already own it on other devices and may be interested in trying it on the Nintendo console. Certainly the Wii U needs a bit more life breathed into it this year, and given the popularity of Minecraft, this update certainly can’t hurt.